Welcome. We’ve been teleworking since our inception in 2010,
and have remained registered in and based out of Raleigh, NC.

We are fully prepared and in operation during the Coronavirus pandemic.
But for the safety of our global community, due to COVID-19
we no longer accept deliveries of physical media for transcription.

Thanks for your understanding.

For other inquiries, please check our F.A.Q. below, and call or email us.
Our cheery Client Satisfaction Specialist, Montana, or our fastidious Founder, H.T.,
will reply within a few business hours.

My media is highly confidential. Do you keep it after transcript delivery?

No. To protect the confidentiality of your research, we destroy/delete all client files seven (7) days after transcript delivery.

How are my transcripts delivered?

Files are usually transmitted by email, or by upload to our secure admin area, at your choice.**

For both Budget and Premium Level projects that contain multiple transcripts, documents will be delivered to you in small batches on a staggered basis when possible, and as soon as a small group is available. This delivery staggering, if available, may allow you to receive many of your fully editable transcripts ASAP, before your scheduled delivery date and time.

In most cases, however (i.e., for projects under a few hours), transcripts are delivered all at once, on or before your scheduled delivery date and time.

My computer crashed! Can you resend my transcripts?

We hate to be the bearer of bad news, but… probably not! Because we destroy files 7 days after delivery, we aren’t able to help with this.

But if you use an online mail client (Yahoo, Gmail, etc.), and your files were delivered by email, you might be in luck. Just search your archived email box (or ask your system administrator to search your mail server) for incoming emails from @ExpectPerfection.com that have attachments.

How much of a discount will I receive?

This depends on your project. Please know also that only one discounted rate can generally be applied per project. (Ex: A student discount and other special cannot be mixed.)

Can you transcribe PDF and handwritten documents?

Absolutely. Just share/send/upload your written document after sending your project details. (Options to submit media/documents will appear once the form is submitted.)

Can you transcribe audio/video from my CD/DVD?

Unfortunately, due to the Coronavirus pandemic, we’re no longer accepting media via snail mail. The best option is to extract the files to your computer and share them with us digitally.

Can you transcribe my media if I send you my tape recorder?

We’re not able to transcribe tape recorded media. And also, due to the Coronavirus pandemic, we’re no longer accepting media via snail mail in any case.

Yes. In fact, we already have an updated, completed 1099 that we can provide at your request. Just ask Montana for a copy.

What is time-stamping and who uses it?

With time-stamping, we’ll add three HH:MM:SS time stamps per page, at the start, middle, and end of the left side of your transcription document. The time stamps correspond with the time counter visible on the audio player.

One reason clients might choose this option is if they plan to pull audio quotes for use in other media, e.g., on websites or in presentations. Time stamps make the exact audio location easy to find, as opposed to constant rewinding and fast-forwarding.

If you need a different number of time stamps, or need them at different points than is standard, just tell us in the special instructions when placing your order.

What is time-coding and who uses it?

Time-coding is for VIDEO files. We’ll add three HH:MM:SS time codes per page, at the start, middle, and end of the left side of your transcription document. These time stamps correspond with the time counter visible on the video screen while the video is playing.

Note: Onscreen video time codes can be different than the time stamps on the audio player.

Video production companies use time-coding often in post-production. Time-coded transcripts let them easily identify when an interviewee has stumbled for instance, so they can easily cut that “take” or scene from the video.

If you need a different number of time codes, or need them at different points than is standard, just tell us in the special instructions when placing your order.

Why is Olivia Pope pictured here? What’s this all about?

We’re sorry to report that Olivia Pope doesn’t work here. If she did, we would most certainly charge much higher rates — necessarily.

Just because we offer exceptional research transcription services doesn’t mean we have to be Serious Sarahs and Sams all the time, now does it? We have fun behind the scenes, we work hard and we play hard, and we love to show that in our branding.

For years, we incorporated the fictional character, Forrest Gump, into our brand. And boy, was that fun!

During our 2020 rebranding, we decided to switch to the fictional character, Olivia Pope.

Ms. Pope is more reflective of our own founder, H.T. Major, for several reasons, many of which we’re sure are quite obvious… and others, you’ll just have to wonder about. (Except that non-issue with the president. Ugh.)

She’s also a perfectionist, serious about her work, and–oh, just go watch an episode of Scandal. You deserve it!

What’s your company’s background and history?

Expect Perfection (originally named Véridique) started out as an uplifting idea from a former colleague, friend, and follower who H.T. worked with in her first business. She turned her onto transcription around 2008–or at least helped her put a name to it.

She discovered that she had actually been “transcribing” difficult song lyrics since her teen years, having no clue that what she was doing was “a thing” she’d be able to earn a living from 15 years later.

After working with several leading transcription companies as one of their top-tier transcriptionists, H.T. soon realized that the key to freedom was to do the same thing those companies had done: hire her own top talent to produce transcripts for me, freeing her hands to run and promote her own company.

And so she did.

And here we are, 10-plus years after inception and still going strong. Fortunate to have built a small team of exceptional, perfectionistic, supremely dedicated transcriptionists, we’re honored and proud to serve a diverse range of clients that trust us to help them realize the benefits of transcription in their research.

From elite organizations, nonprofits, universities, and research companies–like Cotton Incorporated, Cree Lighting, the University of North Carolina, and the Federal Public Defenders’ Office–to smaller companies determined to make a difference–like the Boys and Girls Club, LegalAid NC, and CAI–we’d be honored to add your name to the list of companies–and individuals–we serve.

Our family thanks you for choosing Expect Perfection.

Why do you have a 334 (Alabama) area code if you’re in North Carolina?

So that we could choose the “FLAWLESS” vanity number. Sadly, 919-FLAWLESS was unavailable when we secured this number many years ago.

How do you “care for the community” through words and actions?

We regularly offer funds, talent, & time to help advance systemic and social change. And we donate a percentage of the profit from every project to relevant causes, to help close the wealth gap for African Americans, and to create socioeconomic change for under-served communities.

★ Some of the Causes We Support ★

Monday – Friday
9AM to 6PM Eastern 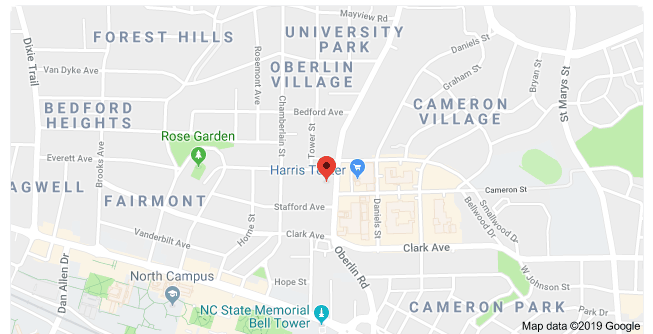